Headshots, kittens or group selfies – the profile photos we choose reveal a great deal about us. Here are some interesting findings on how to interpret them.

The stamp on the envelope

Profile pictures are our self-chosen public representations. These visuals show how we see ourselves and how we want to be seen by others, which makes them extremely intriguing to psychologists.

A research team at the University of Pennsylvania recently found that certain personality traits determine what images we use. The scientists analyzed 66.000 Twitter profile photos and estimated the users’ personality based on the content of their tweets. 434 people filled in an additional questionnaire. All users were evaluated according to the psychological traits of the Big Five model: neuroticism, agreeableness, conscientiousness, extraversion and openness to experience.

Indeed, the results show that each personality trait prefers a specific type of profile pictures. For instance, extraverts post colorful photos displaying more positive emotions. As they tend to be more sociable, they also prefer group photos showing more than one face.

Neurotic people, on the contrary, have a strong tendency not to present faces in photos. When a face is present, it is significantly larger or hidden with glasses. Neuroticism correlates with negative emotions and emotional insecurity, which may explain why neurotic users also exhibit less positive facial emotions.

People high in conscientiousness, or the personality trait associated with orderliness and planned behavior, tend to conform to social norms regarding their profile photos. For example, they often smile, following the principle that a person is expected to appear happy in photos. Their photos are well-proportioned and generally have good quality.

Agreeable people strive for social harmony and cooperation, which is reflected in their profile photos. They display positive emotions more often than any other of the five personality types. Compared to conscientious users, their photos are often blurrier, but have brighter colors.

Users high in openness to experience tend not to show faces even more than neurotic people. Their images also exhibit negative or neutral emotions. The difference, however, lies in the aesthetic qualities of the photos, which is higher for openness (increased contrast and sharpness, less blurriness). Openness to experience is a trait associated with aesthetics, intellectual engagement and non-conformity, which can explain users’ preferences for images that stand out.

Profile pictures are images that a user finds appropriate to represent his online persona. What about displaying animals then? The World Well-Being Project tackles the case of people choosing photos of cats and dogs for their Twitter profiles. In the data set of 62,338 Twitter user profiles only 361 profile photos were found to contain cats and 742 images displayed dogs. The Big Five personality scores of the participants were calculated using an automated text-based model.

The results show that users who put images of cats and dogs as their profile pictures are significantly different than the rest of the Twitter population on multiple personality traits: they are less extraverted, conscientious and agreeable, and especially more neurotic. Besides, “cat people” are significantly more introverted and less agreeable than “dog people”. Users with dog photos, however, had scored lower on openness to experience.

Finally, something that might challenge the stereotype of the old maid with cats: older users were found to prefer dog photos, and females were slightly more likely then men to have both cats AND dogs on their profile photos.

Unfortunately, there are no studies for opossum lovers. At any rate, preference for certain animals or objects in the profile photo indicates a strong identification with them. As we saw, the absence of human faces always correlates with neuroticism or openness to experience.

Black is the new noir

Beware of the artistic black-and-white images. Although not directly related to profile photos, results from a recent study done at Harvard University and the University of Vermont show that publishing dark monochromatic images can be a sign of underlying depression. Instagram data from 166 individuals revealed that depressed individuals tend to post bluer, grayer, and darker photos on the platform.

Narcissistic individuals simply ADORE their own profile photos, show researchers from the University of North Florida. Having in mind their exaggerated positive view of their physical attractiveness, it is no surprise – after all, the profile photo is the most physical aspect of a person’s online self-presentation.

How to spot a narcissist? Just keep an eye on your newsfeed. Self-centered users (women especially) change their profile photos more regularly that others to attract attention and new positive reactions. Does the photo look like taken out of a fashion magazine? Definitely a narcissist. They have a thing for glamorous and dramatic shots. 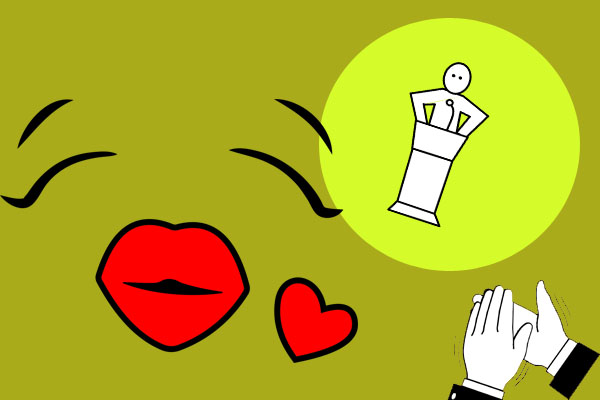 A recent study on gender differences in Facebook profile photos discovered that men dress more formally, smile less and display more status objects (e. g. cars, watches) in their profile photos. According to the researchers, these virile visual characteristics can be explained with the fact that Facebook also serves as a mating platform.

Changing one’s profile photo to show solidarity with a cause is a huge social media trend. For example, a Pew Research Center survey found that a staggering 42% of users changed their Facebook profile photos in the aftermath of the Paris attacks in November 2015. However, interesting gender differences exist here: the survey show that women are more likely to support a cause with a profile photo than men.

Facebook may count 1.71 billion MAU worldwide, but we are far from reaching cultural homogeneity even in this familiar environment. People from collectivistic and people from individualistic cultures, for example, use different types of profile photos.

Social psychologists from the University of Texas found that East-Asian Facebook users prefer full-body photos from a greater distance that show more of the background, whereas Americans have a tendency to use portrait photos. East Asians also display lower intensity of facial expression than Americans.

How real is all that?

First impressions often lie – especially online. Princeton University psychologist Alexander Todorov and his team offer yet another reason not to make quick judgments. In a series of experiments the researchers showed that even the slightest variations in facial expressions can change our opinion of the person’s attractiveness, competence, creativity, trustworthiness, intelligence, and many more…

Certainly it’s a good idea not to judge from a single profile photo. Better check the other ones, as well 😉 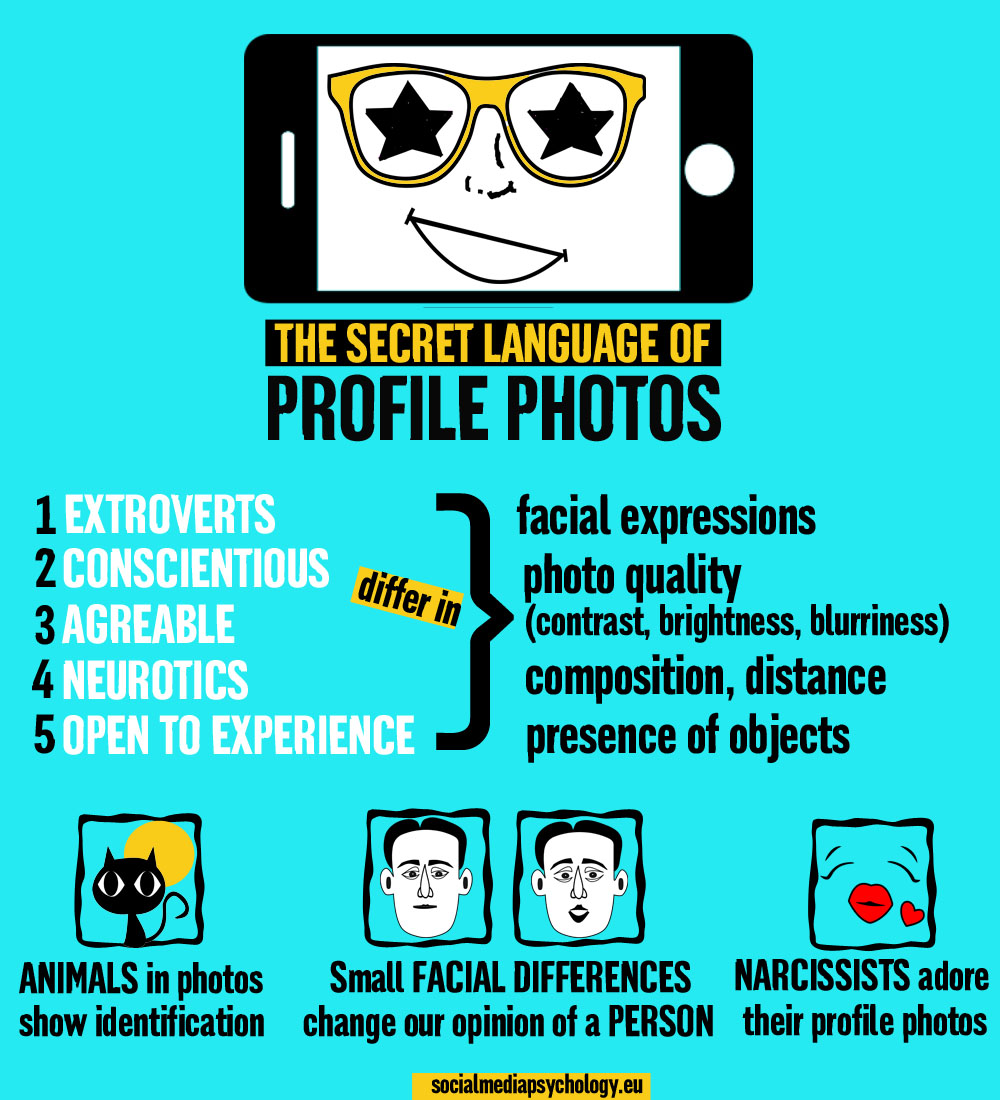